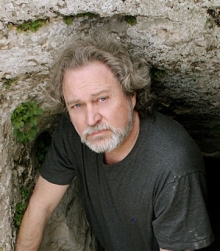 James Tabor  (Ph.D., Chicago, 1982) is a Professor of Christian Origins and Ancient Judaism in the Department of Religious Studies. Before coming to UNC Charlotte in 1989, he taught at the University of Notre Dame (1979-1985) and the College of William and Mary (1985-1989).  In 1986 Tabor published his first book, based on his Chicago dissertation, Things Unutterable: Paul's Ascent to Paradise (University Press of America). In 1989 Dr. Tabor published, with co-author Arthur Droge, A Noble Death (Harper). Dr. Tabor is also the co-author, with Eugene Gallagher, of Why Waco? (University of California Press, 1995).  His 2006 book, The Jesus Dynasty, published by Simon & Schuster was featured on ABC's  Nightline & 20/20 as well as the cover of  USNews&WorldReport.

Tabor's most recent books are The Jesus Discovery: The New Archaeological Find that Reveals the Birth of Christianity (with Simcha Jacobovici) and Paul and Jesus: How the Apostle Transformed Christianity (both with Simon & Schuster).

All of Tabor's books are listed at his Blog under Books. Many of his published articles are available in PDF format for download under Articles and Papers.

Read the first chapter of Dr. Tabor's book, Why Waco?

Read the Introduction to Dr. Tabor's book, The Jesus Dynasty